The Lick London crew were feeling lucky.…as they attended the relaunch night of Columbia at DoubleTree by Hilton, London Docklands Riverside. What a spectacular evening full of cocktails, friendly hosts, brilliant company and of course outstanding food, all set against the magical skyline that is Canary Wharf!

Anchored in the heart of the Docklands and boasting breath-taking views, arriving at Columbia is like stepping into a scene from a Bond film. Catch the river cruise from the high-rise jungle of Canary Wharf and moments later you’ve landed at Columbia, London’s new destination riverside restaurant, bar and BBQ terrace.

We admired the city’s iconic skyline, whilst sipping on a rum punch cocktail at the bar; then seated in the nautical-inspired restaurant we were treated to a variety of different starters including Black Pudding Scotch Eggs, Wild Mushrooms on Toast and my favourite Szechuan Peppered Squid before indulging in an outrageously de-lish Ribeye Steak, it just melted in the mouth! Complimented with a mushroom sauce and trice(!) cooked chips. 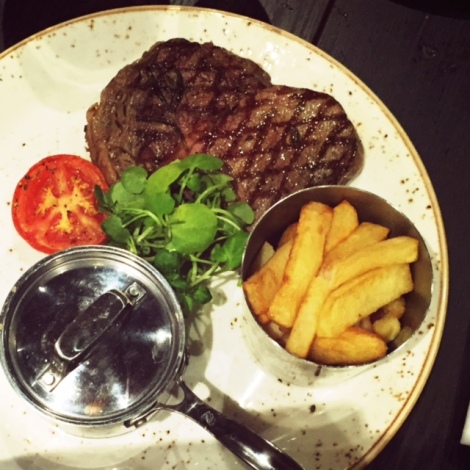 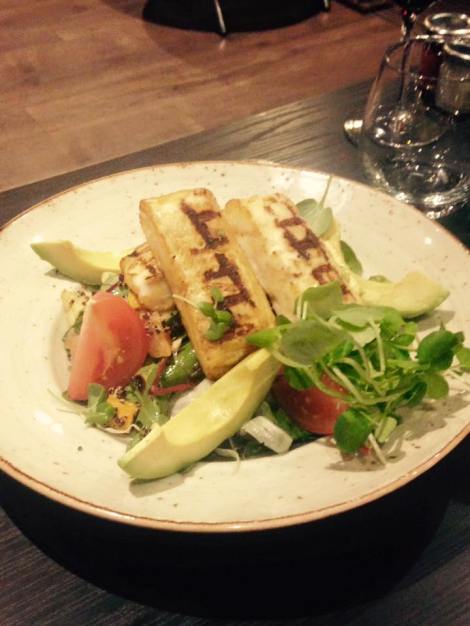 Venturing on into The Library (or should I say waddling!) with open fires to warm us, we continued to indulge, this time with a cocktail masterclass! Creating their signature champagne cocktail which ended with bubbles all over the place! Oohps!

Now rather merry, more joyous foodness occurred as we were shown into another private dining room where we were greeted by head chef Rajpal Singh, who informed us that we would be eating dessert ‘off the table’ – say what! We watched in awe and amazement as he created a masterpiece of deconstructed desserts on the table, a truly incredible experience that brought laughter and happiness, as we all delved in to taste this edible art.

We were informed that ‘one’ could finish ‘ones’ evening by puffing on a Cuban on the dedicated cigar terrace with a beer, bourbon or brandy in-hand. Come next summertime, the expansive terrace offers a barbecue menu and whole host of seasonal cocktails. This is one of the City’s best-kept secrets, we maybe not now…

If you love to experience new and exciting ways to dine in the city, then contact the Lick London team and ask for an Edible Entertainer…

Error: Twitter did not respond. Please wait a few minutes and refresh this page.